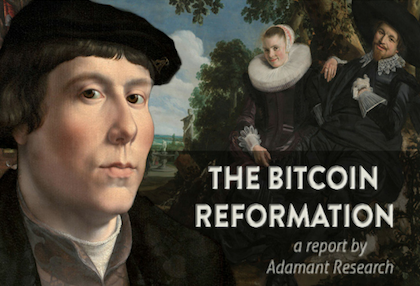 At the end of the 16th century, a rag tag group of rebel intellectuals and entrepreneurs founded a country on some of the least desirable land in Europe—so often flooded that it needed hundreds of miles of moats – while fighting an eighty year long war against the largest empire in the world.

From this struggle and melting pot of ideas emerged the Dutch and British golden ages, innovative economic institutions that changed the world, as well as one of America’s most successful socio-economic experiments: New York City.

This report makes the case that the 21st century emergence of bitcoin, encryption, the internet, and millennials are more than just trends; they herald a wave of change that exhibits similar dynamics as the 16-17th century revolution that took place in Europe.

Send in a voice message: https://ift.tt/2LQ0pFP
Support this podcast: https://anchor.fm/thecryptoconomy/support